In 2008 the University of Cologne, Germany and the BDIZ EDI (European Association of Dental Implantology) with its Quality and Research (Q&R) Committee (www.bdizedi.org) performed a scanning electron microscopic study and analyzed the surfaces of 23 enossal titanium implants of several manufacturers at the Interdisciplinary Policlinic for Oral Surgery and Implantology, Department for Craniomaxillofacial and Plastic Surgery, University Cologne(1). The tested implants showed isolated and/or extensive deposits. Depending on manufacturing process, accumulations of organic material (carbon) or inorganic material like aluminum, silicon, phosphor, sulfur, chlorine, potassium and calcium were found.

In 2011-2012 we performed the same protocol on 57 dental implants from different manufacturers. However, the manufacturing of implants requires an adequate system of quality controls. Although some manufacturers have made substantial improvements since our first survey in 2008, the study in 2011-2012 again singled out a few implants with larger areas of surface blasting residue and selective organic impurities(2).

The BDIZ EDI(3), representing more than 5,500 active implantologists in Europe, was asked in its general meeting to continue these analyses periodically and to publish the results in the European EDI Journal.

While using the same material and methods regarding the technical setup this study allows comparisons to the results of previous studies.

As a continuance of the two studies cited above the aim of study is to verify improvements of manufacturing and quality management as well as to demonstrate the high quality level of the participating manufacturers and implant companies.

3)The BDIZ EDI has set the preliminary standards for a qualifying procedure of all implant systems and maintains structured continuing education. The primary tasks of BDIZ EDI are to provide members with support and advice and to improve the quality of implant materials 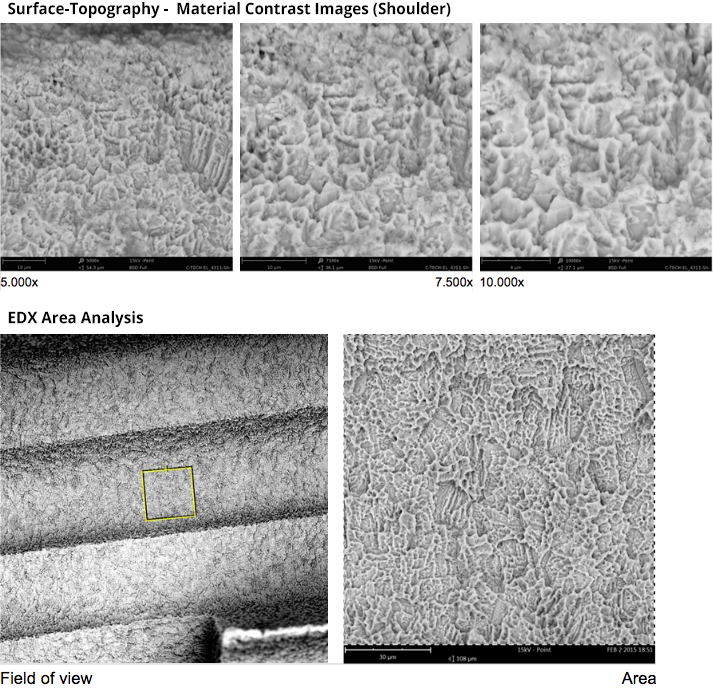 With 4 ranges of dental implant families extending from diameters of 1.8 to 7.1, C-TECH offers a solution for almost every implantological situation. The surgical solutions are completed by a large range of own brand as well as compatible prosthetics.

All C-Tech products are produced to the highest quality standards governing European production of medical and dental devices.